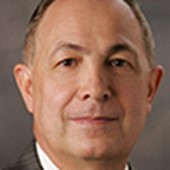 Pinkus Dermatopathology Laboratory, a Sonic Healthcare dermatopathology practice is privileged to include Viktor N. Goncharuk, M.D., as a member of our medical staff. Dr. Goncharuk has extensive professional experience with an impressive academic background.

Dr. Goncharuk received his medical degree from the Vinnitsa Medical School in Ukraine. He then attended a three-year residency at the Major Teaching Hospital of the Ministry of Railroads in Odessa, Ukraine, where he was also Chief of Ophthalmology Service. Subsequently, he completed a fellowship at the Center for the Eye Microsurgery in Kiev, Ukraine. He served as a Clinical Instructor at the V.P. Filatov Science and Research Institute of Eye Disease and Tissue Therapy in Odessa before relocating to the United States.

Since concluding his postgraduate training, Dr. Goncharuk has garnered considerable professional and teaching experience. He was a Clinical Assistant Professor of Dermatology at Wayne State University in Detroit, Michigan for over a decade. He is a Clinical Associate Professor at Michigan State University in East Lansing, a position he maintains concurrently to his role as Staff Dermatopathologist at Pinkus Dermatopathology Laboratory, where he has served since 2004.

Dr. Goncharuk is a member of seven professional medical organizations, such as the American Society of Dermatopathology and the United States and Canadian Academy of Pathology. He holds full medical licensure in six states, including Michigan, New York, Washington and Wisconsin. He is board certified in dermatopathology and anatomic and clinical pathology.

Dr. Goncharuk has authored and coauthored more than two dozen abstracts, articles and book chapters that have been published in peer-reviewed medical journals and textbooks. He has also delivered oral and poster presentations at professional medical conferences.